Before we can dive into the wonderful world of Arduino, we will need to prepare our computers to be compatible with these devices.

Unfortunately, the Chromebooks are designed to be very simple machines that connect mainly to the internet. The good news is that this provides us with a really cool opportunity to hack them! Fortunately, while the Chrome OS that comes installed on the Chromebooks is a little too basic, the good people at Google have kept it possible for us to access the hardware and do our own thing.

Developers are Hackers and Google has created a special place for them. Developer mode is a special environment built into Chrome OS where many of the security restrictions have been removed. This will allow us to install custom software designed by some seriously cool hackers, but it also means that the machines are more vulnerable to security breaches. It's a good thing we're not keeping any personal data on them and we're only using this for learning.

1. Hold down esc+refresh+power at the same time, keep holding. 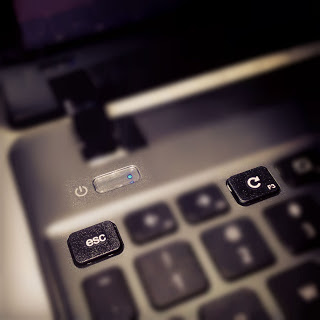 2. When you see the yellow exclamation mark, hold down ctrl+d then press enter. 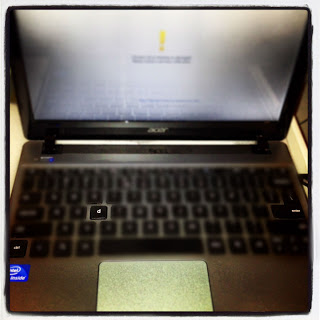 3. When you see the "To turn OS verification OFF, press ENTER" prompt, press enter; 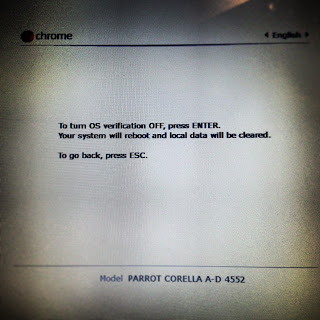 4. Take a 4 minute break while Developer Mode is activated! 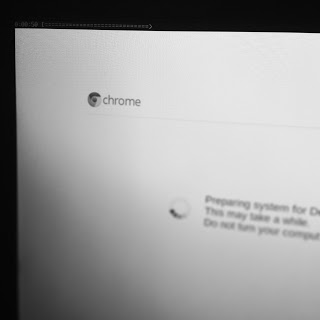 5. When you see the "OS Verification is off" prompt and red exclamation mark press ctrl+d; 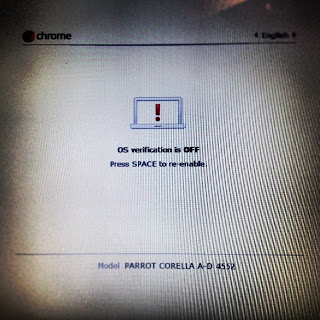 Crouton stands for: ChRomium Os Universal chrooT envirONment. It's a piece of software designed by a staff person at Google that will allow us to install another operating system instead of Chrome. We'll be installing a version of something called Linux

Open the Google Chrome browser and navigate to http://goo.gl/fd3zc to download crouton;

1. Press Ctrl+Alt+t to open a crosh terminal window in Chrome; 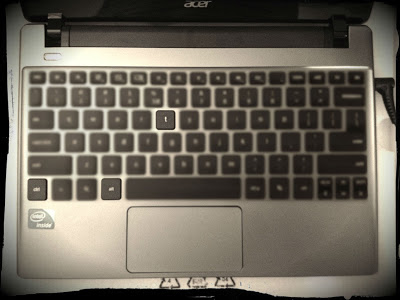 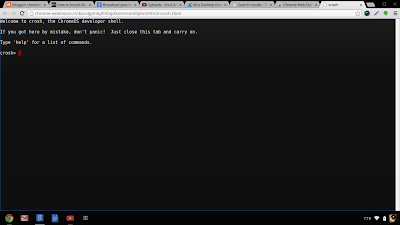 2. Type shell at the chrosh> prompt and hit enter to call the shell prompt;

3. At the chronos@localhost / $ command line type:

4. Now, take a 30-minute break while crouton does its thing…

5. When it is finished installing, you will be asked to:

We will no longer be limited to the ChromeOS programs, we can now use any open source software that we want!

1. In your crosh window, type:

at the chronos@localhost / $ command line… but DO NOT PRESS ENTER!!!!

Make sure to CHECK that there are no spaces between enter, the hyphen and chroot.

2. When you hit enter, you will switch away from Chrome and switch into Ubuntu! When you are ready to return, you will have to hit: Ctrl + Alt + Shift + F1

3. When you end up in Ubuntu, you'll be prompted to create a new panel. Choose Use default config. 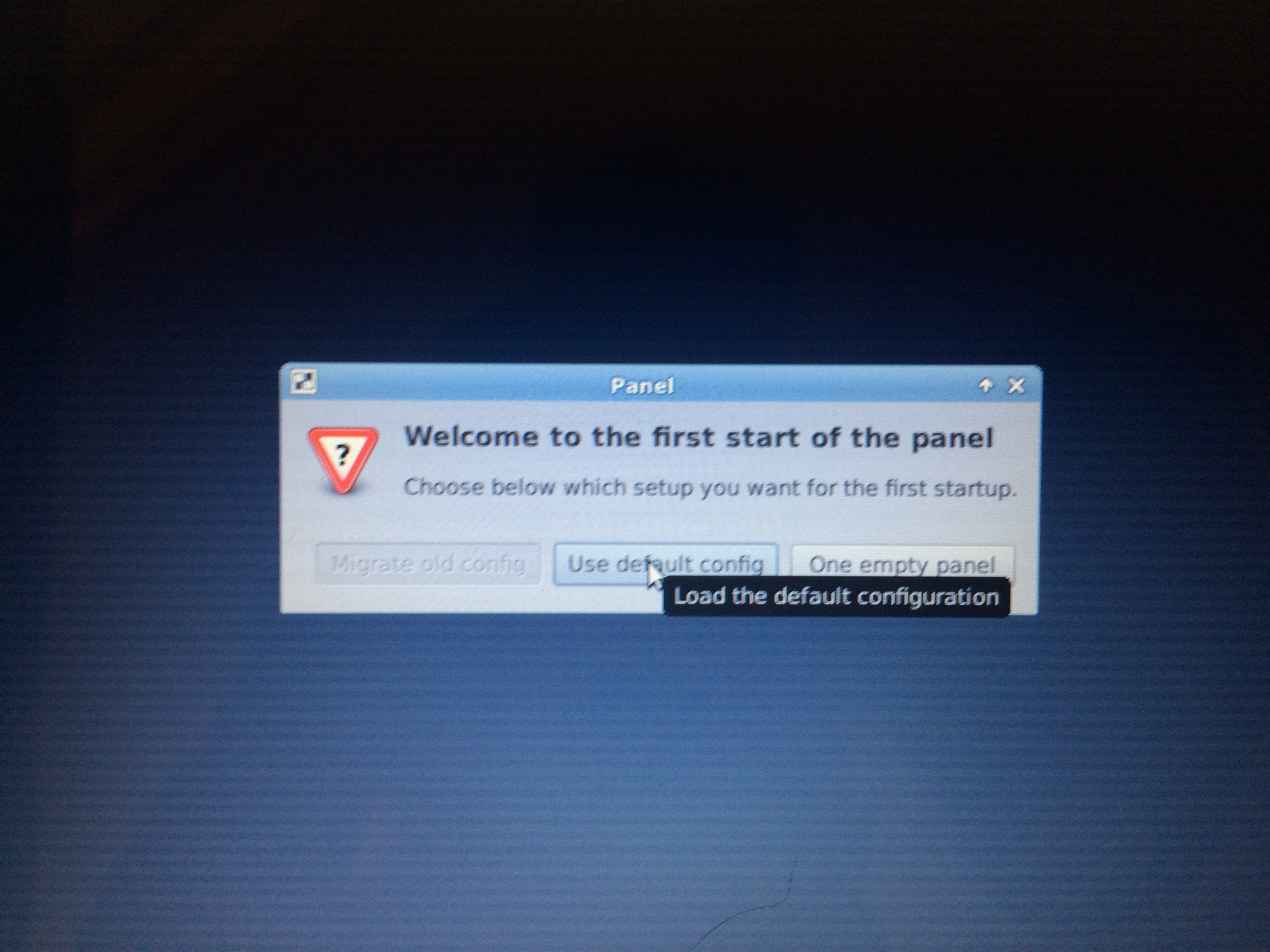