Connect 3 LEDs and Blink Them in Sequence

Your goal is to add 3 LEDs and make them all blink, but not at the same time! Each one should blink on its own in a sequence that you can adjust. Try to do this one without any help based on what you did in 5.5.

Connect up your stripboard as shown below, using the 100Ω resistor. 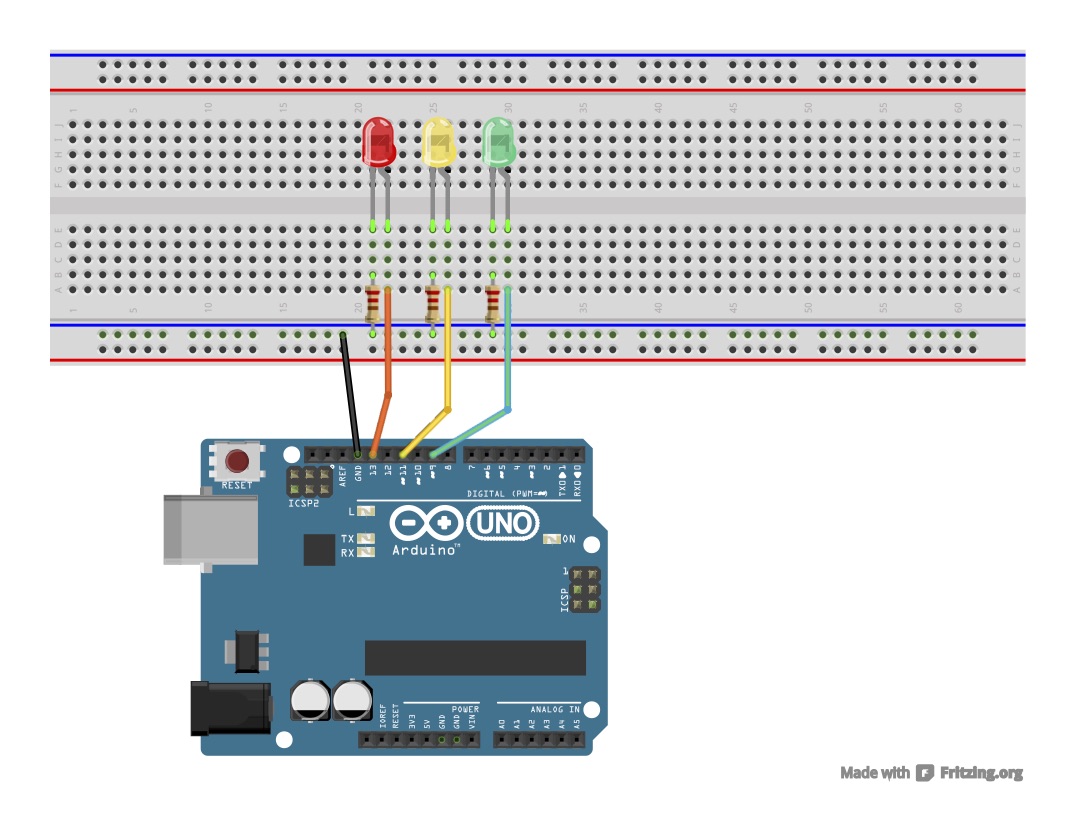 Modify the Blink code from Challenge 5.5 to make all three LEDs blink on and off at the same time;

Make the LEDs count in binary!. Each LED will represent a digit.

STEP 4: Save your Code GitHub!